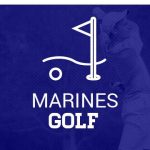 Mr. Brad Hennessey will take over duties as the new Boys Varsity Golf coach this spring for the Marines.  Mr. Hennessey has years of golf experience, as well as the perfect temperament to shape our young Marines.  In support of these fine young men, please copy and paste the link below into your browser.  This

Tuesday, April 26, 2016 5:00 PM East Noble High School AWAY 242 Hamilton High School HOME 318 Meet Recap In a match that was held at Zollner GC in Angola on Tuesday, 4/26,, East Noble defeated a young and inexperienced Hamilton team. The medalist of the match was Joel Glass from East Noble with a

No Events This Week

Events are added by athletic staff.
View All Events